For me, what keeps executive coaching fascinating is how much I learn from the process and how inspiring my clients are. As the year draws to a close, I’ve been reflecting on the lessons I’ve learned this year.

In 2017, my coaching practice has mainly been with aspiring and newly appointed leaders in the government and NGO sectors. Working with all these people has been such a rewarding experience.

My first lesson for 2017 has been a reaffirmation of how talented, committed and hard-working the people who work in the public sector and in NGOs are.

My second lesson has been a reminder of how effective executive coaching can be in assisting people to recognise, believe in and apply their own talents.

My third lesson has been the perennial one: how important asking the right questions is in executive coaching. 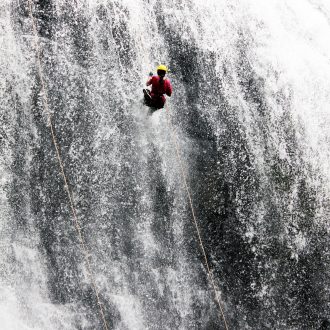 However, the client I learned the most from this year was one who found coaching extremely challenging. I am going to call them Lee.

Lee’s manager had referred them to coaching and, although their participation wasn’t mandatory, it was strongly encouraged. Building trust with a client is always important but my own experience of being coached showed me that it’s especially important when the client has been ‘volunteered’.

I could see straight away that Lee was very wary of the process. Despite a very encouraging shared conversation with their manager, with lots of positive comments, Lee was initially unwilling to share insights into the issues they were experiencing at work.

However, as time went by, things started to change. Lee became increasingly willing to talk through issues and, later, became committed to using coaching as a means to test new ideas and explore new approaches. At the end of the coaching process, Lee told me how much courage this had taken and let me know how pleased they were they had persevered.

The big lesson for me was that a client might come across as a difficult person, when actually they are showing a great deal of bravery just getting themselves to the table, before they can even begin the coaching itself. The more I thought about this, the more courage I thought this took.

Pushing yourself to do something so far out of your comfort zone takes guts and determination. It shows what you can really do when you try.

sometimes the bravest thing is just showing up.

Contributor: Dr Catherine Burrows is a Sydney-based executive coach, available in Wollongong, Newcastle, Western NSW and other areas by arrangement. Catherine is a Founding Partner of Executive Coach Exchange and the CEO and owner of Innoverum independent consulting.

Lee is a fictionalised amalgam of several clients.

Topics: effective communication, role of the coach, value of coaching